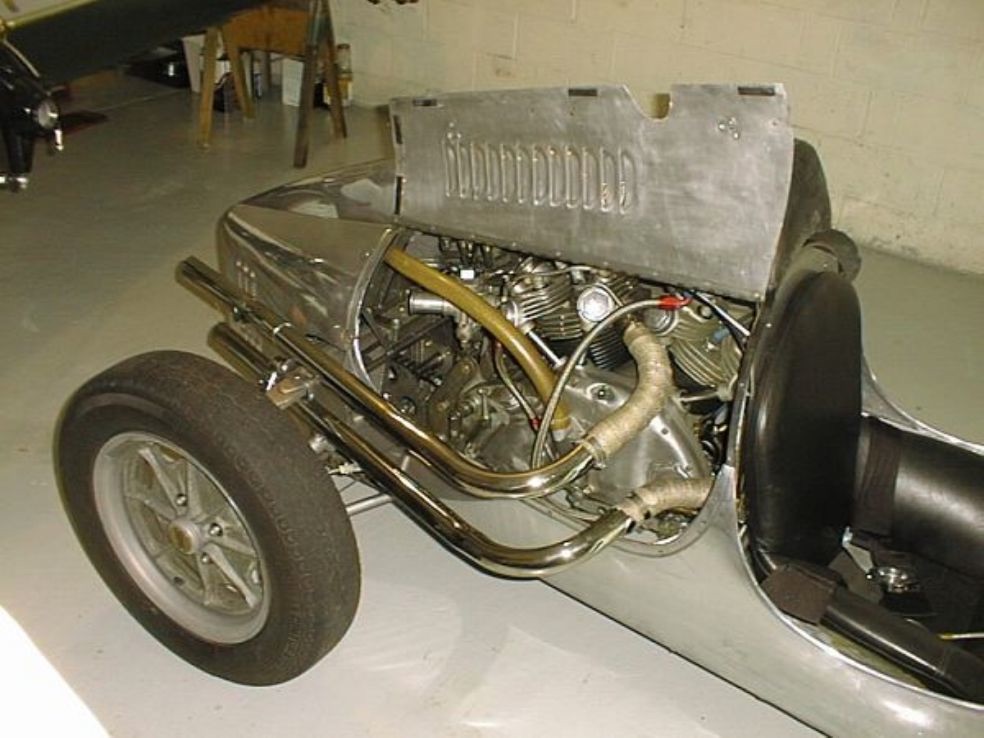 The Rapide engine appeared in 1936. It basically married two Meteor engines on a large crankcase (legend has it that Phil Irving accidentally laid two engineering drawings over each other and saw the potential fit).

As motorsport returned post-War a few JAP-twin powered hillclimb cars appeared, and it is said to have been Spike Rhiando who first suggested dropping one into the Cooper Mk II. Even before the JAP-engined prototype was finished, George Abecassis and John Heath of HWM decided to do the same with the chassis they had ordered. Abecassis placed an order for the 1948 Series C Rapide engine – in sport specification known as the Black Shadow. This 998cc engine produced 54bhp at 5,700rpm on petrol (about the same as the 1,000cc JAP). Construction of the Abecassis car was delayed, not being seen until September, by which time the engine spec had been upgraded to pretty much the racing Black Lightning specification.

JAP and Vincent twins proved to superbly complement the lightweight Cooper, and the cars could embarrass many 2-litre Formula 2 cars on the twistier tracks – more so on the hills when 1,500 and 1,100cc classes became the norm. JAP were better focussed on the racing car market, and delivered an 1,100cc variant and much more competitive pricing, but the Vincent was never truly outclassed. Its life was extended when it, like the JAP showed that it could take to supercharging.

The Black Shadow twin in David Cooper’s early car (shown at right, in 2005).
We use cookies to ensure that we give you the best experience on our website. If you continue to use this site we will assume that you are happy with it.Ok