Dick Campbell – racing in the blood
by Rob Young

Acclaimed author and motor racing historian Graham Gauld remembers - √íBack in 1951 when I was speedway correspondent for the Edinburgh Evening Dispatch Dick was the captain of the Edinburgh Monarchs with whom he raced from 1948 to 1954. He was a New Zealander, born in Christchurch on 5th June 1923 – a very nice laid back guy but a brilliant speedway rider. He brought a Cooper 500 to Charterhall in the mid 1950s.√ì

It was August 1956 and Dick outstripped the Cooper 500 of Peter Procter to win the 8-lap heat 3 of the Formula Libre qualifying and then finished fifth in the 10-lap formula libre handicap final.

Dick Campbell was a versatile and very popular motor sportsman and although he made a name for himself on the speedway cinders he was to distinguish himself with his exploits at the wheel of √î500√ï cars on three different continents.

Speedway historian Dick Barrie rated Campbell as No.2 of the top ten riders ever for the Edinburgh Monarchs and recalls that Dick came to Scotland as a wall of death rider in the circus and only took to speedway when he saw it at Belle Vue, Manchester in 1947. He raced speedway from 1947 to 1954, when the speedway boom ended, but after a seven year absence he made a sensational return to the British cinder tracks in 1961 breaking the track record at Newcastle and scoring a √îstring of maximums√ï. He retired from the speedways in 1962 due to ill health.

Dick during his speedway return in 1962.  (Photo: Courtesy John Skinner)

Barrie considered that √íAuld Dick√ì could have achieved more had the inclination been there.

Somewhat of a globetrotter Dick Campbell spread his time between Scotland, New Zealand and South Africa and became well known for his daring exploits on racing machines.

In South Africa he raced speedway bikes and in the late 1950√ïs he established the Dunlop √íHell Drivers√ï with Buddy Fuller and South African racing legend Louis Doug Serrurier, the constructor of the LDS formula one cars. Their intrepid team performed hell raising stunts during the shows they put on in front of capacity crowds at showgrounds or oval track venues around the country.

During 1956 Dick was part of the Durban Hornets Speedway team and also occupied himself with racing the Blake Road Motors √îsecond string√ï Midwill-JAP of his good friend Syd van der Vyver, with a very robust and spectacular style, in hillclimbs or short circuit events. The Midwill had started life as the Wishart Mk. 1.

In typical foot-flat style Dick Campbell opposite locks the Midwill through a tight corner on Scott Road hillclimb. The climb was not for the faint hearted with precipitous drops awaiting those who made a mistake. (Robert Young collection)

According to Alec Wishart, a 500 constructor of some repute, Campbell was a wild and aggressive driver who √îkept his accelerator foot down all the time.√ì

At the 1955 Burman Drive Hillclimb, on the √îBRM Jap√ï (Blake Road Motors was Syd√ïs garage), he set fastest car time 63.7 secs  at 57.1 mph and in addition won on handicap. He was only beaten on the day by a scant .4 secs by Stan Setaro√ïs Norton 500 solo. In doing so Dick broke the long standing √î500√ï record of Arthur Mackenzie (69.6 secs) and Rex Hutton√ïs outright record of 67.5 secs set in a 3.3 litre Ford Special.

On the long circuits, although he raced the Midwill-JAP at Roy Hesketh Circuit, Pietermaritzburg and attempted the daunting Esplanade Circuit at East London for the 1955 Winter Handicap he was eliminated by mechanical gremlins.

But in November 1955 Dick put up an outstanding performance during the Pretoria Centenary Handicap when he placed third in the first 12 lap heat only narrowly beaten by the 1250 MG Special of the South African Champion Frank Brodie. He was eliminated by mechanical problems in the 30-lap final.

For all his aggressive driving approach he demonstrated a fair amount of mechanical sympathy during the 1956 Six Hour Endurance Race at Roy Hesketh Circuit when together with fellow speedway exponent, Bill Dalton, he won the Index of Performance and the 850 cc class in a Dyna Panhard sedan. They were a √îlast minute√ï entry.

New Zealand historian Graham Vercoe recalls √íYes - Dick Campbell came back from Scotland in 1956. He had a Cooper T31 (MK VIII/3/54) fitted with a rorty Norton International motor 499cc, 1 cylinder. He circuit raced the car for a couple of years but it was in hillclimbs that he excelled. In 1958 he was second in at the important Cleland√ïs Hill behind the amazing 6-litre √îCropduster√ï of Morrie Stanton. Interestingly, Bruce McLaren was third in a F2 Cooper-Climax.√ì 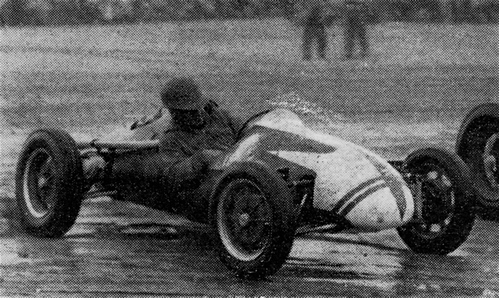 Back in New Zealand - Dick in the Cooper at Pines Beach in 1958. (Courtesy: David McKinney)

The black Mk. VIII , fitted with a magnesium Norton International motor was, according to Vercoe, a particularly quick 500 and Dick used it to set a New Zealand flying kilometer for 500 cars 173.64 kph and a standing mark of 119.89 kph. 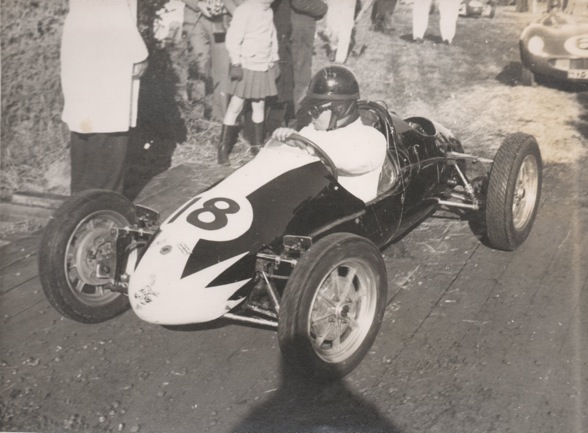 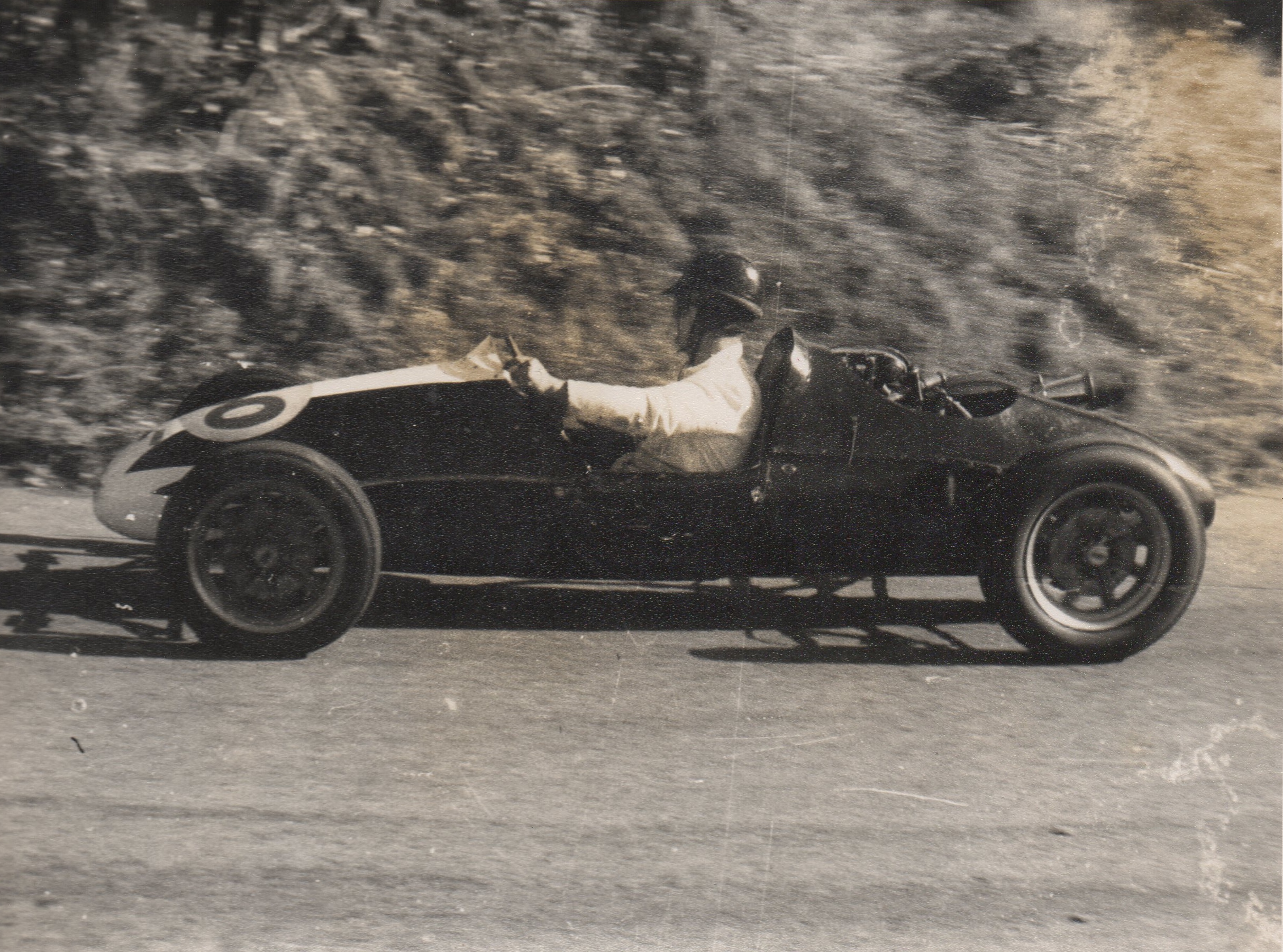 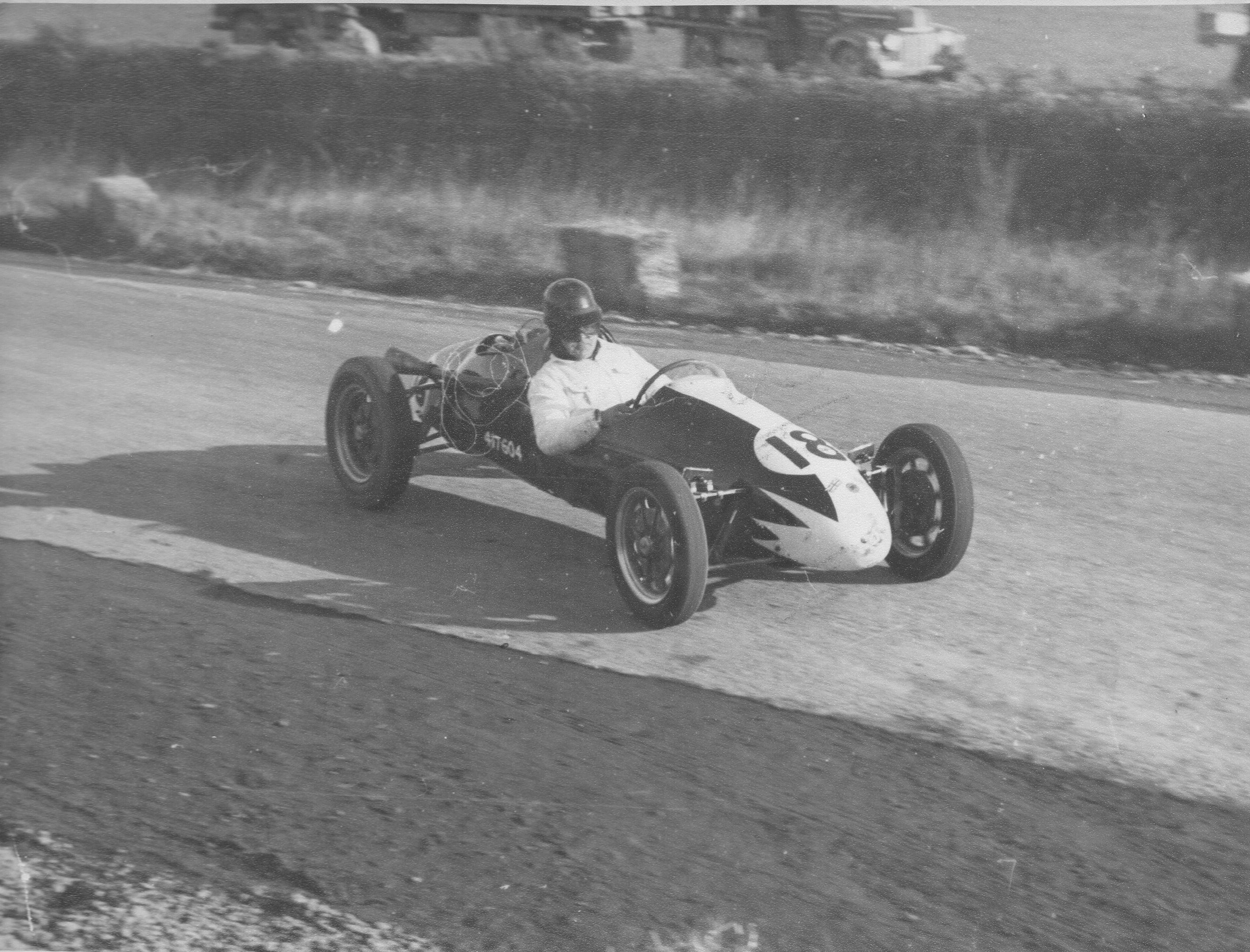 In the 1957/8 season when the little 500s began to be outclassed by the new breed of modern racers on the wider open tracks Dick ran the Cooper mainly in √îsecond-level√ï events and in the
supporting events at bigger meetings. The agile old girl was beaten into second place at Dunedin and Levin only by Formula Two Coopers but at the Lake Bryndwr meeting in April 1957 Dick won three races on the programme.


In 1958 Dick took the Cooper to victory in the Hillclimbing Gold Star Championship after setting FTD on two occasions and also taking two second spots.

The versatile driver finished his career racing a pre-war  Maserati 4CLT in 1959 and caused a stir at the Lady Wigram Trophy when he overtook the rear-engined BRM of the winner, Ron Flockhart, at the chicane. Flockhart was not impressed. √íDid I hit you√ì said Dick. √íNo√ì was the answer. √íThen there was room√ì retorted Campbell.

Dick died in a works accident in New Zealand in the early 1990√ïs.

We use cookies to ensure that we give you the best experience on our website. If you continue to use this site we will assume that you are happy with it.Ok